A "Happy Hour" Concert to benefit Northwest Philadelphians in need
Grab your favorite beverage and meet your friends and neighbors online! 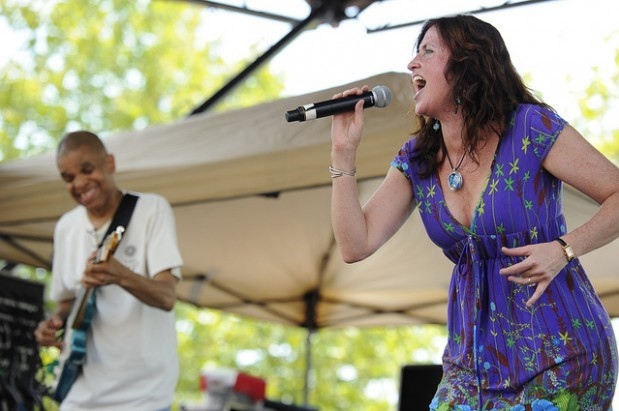 Donations of any amount can made during the concert and will be used
to help Northwest Philadelphians in need.

Many resident's in our area are suffering. Public and private agencies are hard at work to provide food and access to medical care to those who have been adversely affected by this pandemic. However, many families have needs that require cash that they do not have at this time. Donations from this "Happy Hour" Concert will be used to purchase $100 gift cards for Northwest Philadelphia residents in need. Local agencies vetted through Senator Art Haywood's office will be utilized to distribute the gift cards.

"We are all in this together" - Community Matters"

Thank you to Univest Bank and Bob & Nancy Elfant
for their support of this event.

Can't join us on May 9th? You can still make a donation here-  DONATE NOW
Artists' Bio Information:
Philly’s blues-soul artist Deb Callahan and her band celebrate 20 years of performing, touring, recording and entertaining music fans both regionally and around the United States. Deb has released 5 CD’s since 2002 (If the Blues Had Wings, The Blue Pearl, Grace & Grit, Tell It Like It is, Sweet Soul) and a limited edition World Café Live DVD.  She has graced the stages at many festivals nationwide from The Monterey Bay Blues Festival in Monterey, CA, The Springing the Blues Fest in Jacksonville, FL, The Bayfront Blues Fest in Duluth, MN to WXPN’s XPonential Music Festival right here in Philly. Her latest CD Sweet Soul was recorded and produced by producer/drummer Tony Braunagel (Etta James, Bonnie Raitt, Robert Cray) in Los Angeles, CA and released in September 2015.  It been receiving some great national and international airplay on blues and triple A radio stations and good press and reviews, including making the top 50 contemporary blues albums for 2016 for the Blues Music Report.  Her 2002 debut CD "If the Blues Had Wings" was featured as the hot debut in the October/November 2004 issue of Blues Revue Magazine.  Blues Revue referred to her as the next Bonnie Raitt and raved "Philly's Deb Callahan has the pipes, the songs and the raw talent to graduate to the next level".  Deb released her fifth CD entitled “Sweet Soul” in the fall of 2015 on her own independent label, Blue Pearl Records.  Deb and guitar player Allen James travelled to Los Angeles in February 2015 to record with renowned drummer and producer Tony Braunagel at Ultratone Studios.  The all star studio line-up includes Johnny Lee Schell, engineering and slide guitar, Mike Finnigan on keyboards, Reggie McBride on bass, Braunagel on drums and James on guitar. Many of these players have recorded and toured with performers such as Bonnie Raitt, Taj Mahal, and Etta James, so it was a truly wonderful experience to play with and learn from these musicians. “Sweet Soul” has received critical acclaim, great reviews, stayed in the blues radio charts for almost a year and  radio play in the United States and around the world

This benefit features Deb and her guitar player Allen James live from their living room!

“Callahan’s voice has the spiked fervor of contemporary Susan Tedeschi, but it’s richer and smoother.  Stylistically she’s picked up a lot from one of her earlier influences, Nina Simone – Simone’s squirming rhythms and hypnotic vocals reverberate in Callahan’s music.”

“Deb Callahan is a shouter, a crooner, a soul-belter and above all a gifted lyrical interpreter.  She could sing the phone book and make it sound good.” Living Blues Magazine